Small Business About Us COVID-19

I’m so happy to spotlight Mike Carnes of Urban Collective next in our Client Spotlight series! In May I had a Zoom call with Mike, founder and partner of commercial real estate firm Urban Collective. He shared so much great insider information that I feel sure will benefit many of the small business owners who read this blog. Be sure to check out the video below if you find what you read below helpful. I believe the advice and wisdom he shared from his 20+ years experience in commercial real estate will help small businesses out there during this unprecedentedly challenging time.

“I’m in the relationship business first, and the real estate business second. Everything I do to improve my professional life, I do so my relationships can benefit from a better ME."

Urban Collective, the commercial real estate brokerage Mike founded, works in the private capital sector. That means they work with smaller businesses that are neither corporate nor institutionally owned. Working as a community-focused team (vs. focusing only on a single niche), Urban Collective has expertise with all types of commercial real estate (industrial, hospitality, real estate, etc) within Denver and the surrounding real estate market. He sees this broadened perspective as giving them a competitive advantage on those who know only about industrial or hospitality, as well as a heightened awareness of the overall real estate market.

From this keen vantage point, Mike sees how the interplay of vacancy rates in different commercial real estate sectors leads to increased willingness for landlords to negotiate. For instance, vacancy rates in single and multi-family residential are on the rise with as many as 30% of lessees not paying rent presently (with that figure anticipated to as nearly double in the months to come). Landlords abhor vacancies and Mike sees many more looming (especially in hospitality and retail) which can be beneficial to tenants seeking to renegotiate as each additional vacancy increases the pressure. Landlords will need to see their tenant relationships more as a partnership in the future than they do now.

Another guiding business philosophy of Mike’s is:

“It’s our people that make our businesses as successful as they are."

To that end, he thinks it’s critical that, to the degree possible, small businesses focus on keeping people vs. paying rent. And given the severity of the anticipated dip, he strongly suggests any renegotiations be for the remainder of fiscal year 2020 (six months at a minimum) definitely nothing piecemeal like 30, 60, or 90 days.

Before we went into specifics on how to renegotiate a lease, Mike had a few facts to share that set the scene for the situation we’re facing today as compared to downturns in the past:

I asked Mike to share specific tips on how small businesses can navigate difficult negotiations with their landlords during such uncertainty in the markets. I especially wanted to know how tenants can engage productively, avoiding a difficult or adversarial encounter. As usual, he had a lot of great insights to offer!

Eyes on the Prize; How to Succeed in Renegotiating with a Landlord

The keys to engaging in a nimble negotiation are, to begin with open communication, be sure to clearly present accurate information, and have an earnest intention to partner up and weather this storm together. Establishing a line of communication is a critical, and potentially challenging, first step. Some landlords prefer to hide behind their broker or play phone tag, but establishing a connection is always step one. Next, knowing what levers you have to pull as you work to remain solvent in these trying times is a must. Without a clear picture of your small business’s current financial state, it’s impossible to generate a workable model of what things really look like six months from now or beyond. This is information you’ll need when coming to the table to amend a lease, the ultimate goal of the renegotiation process. Lastly, coming to the negotiating table with an attitude of togetherness and an eye to finding a solution that meets everyone’s needs will help ensure both parties end up satisfied.

Mike couldn’t stress enough the need, to begin with open communication, a frank air of collegiality. In terms of communication channels, he suggested the following in descending order of preference: using Zoom is best, a phone call would be second, or, if push comes to shove, going through the broker who initially helped forge the connection as a last approach. The caveat there is, to euphemistically paraphrase Mike’s words, brokers are “money hungry,” and you may find they insert their fees into the renegotiation of the lease. Once a communication channel is open and the agreement to commence a renegotiation is secured, moving to email is a good choice due to its timestamps, threaded communication, and ease of archiving.

After establishing a line of communication, the next key to a successful renegotiation is to clearly present accurate information. When it comes to doing so, Mike gave a big shout-out to his Accountingprose bookkeeper Kristi Mount, as well as the powerful utility of detailed visual information we provide in our Spotlight reports (here’s a sample pdf). I was thrilled to hear not only that he finds them to be so valuable personally but he feels sure they’ll help any who are in a position to renegotiate a lease. The more you can know the numbers and make detailed assertions about what you can anticipate during this time, the better you’ll be able to make a convincing argument. Landlords, many of whom are private capital investors who own multiple properties of a different type, will greatly appreciate beginning a renegotiation with clear information rather than pulling numbers out of the sky.

Partner up with your landlord

The ultimate goal of the process is to solidify the partnership between tenant and landlord. As Mike noted, the tenant/landlord relationship is somewhat odd. It begins with opposing players on opposite ends of a line of scrimmage but ends with a symbiotic relationship where what is good for one tends to be good for the other. Given that, it should seem obvious that landlords would want to work with tenants to maintain a working relationship during these times. And while Mike sees that as ultimately inevitable, he admits that some landlords are so practiced at hiding behind brokers. As time marches on and vacancies increase, he sees even the most recalcitrant as needing to come to the table ready to partner. Since the tenant is only so able to influence this, it’s best to speak plainly about wanting to partner up, and why.

An Example Approach and Final Thoughts

Because Mike knows he needs to keep his employees in order to sustain his business, he began by looking at what that will take over the next six months, then looked at what would need to be reduced in rent in order to achieve sustaining that [given x% anticipated decline in gross revenue]. He plans to ask for a 50% rebate in rent over six months, a reduction in rent of half, of which he would pay the first three months upfront. The second part of the agreement would be to recast the rebated amount to the back half of the fiscal year 2021. In this way, the landlord is ultimately made whole, but Mike as the tenant is able to sustain his business operations during lean times.

In closing our chat, Mike said one thing he sees as different this time is more empathy and togetherness in the struggle that was missing in 2008. He thinks there are fewer sharks in the water and that ultimately we’ll pull through this together. He also sees this as a poor time to buy and says so [against his own interests!] because he has to remain in his ethical integrity as he sees it. There is almost no chance there won’t be sustained downward price pressure in the market and he’s advising his customers accordingly. Even though he sees it as a poor time to buy, he does still those without a working relationship with a broker establish one now even if it’s only to build a relationship. Because relationships… well, you get it :)

Renegotiating a lease can seem stressful or intimidating. But with the right preparation and information, it can ultimately yield an improved, fully-partnered relationship with a landlord. I hope you feel better prepared to face this process after reading this. If you’re still feeling shaky, fear not! At the end of our chat, Mike was kind enough to extend a special invitation to any Accountingprose customers who may need specific guidance in this area. If that sounds like something you could use help with, reach out to Urban Collective, tell them Cristina sent you, and they’ll help point you in the right direction. And if you’re stuck on the first part of the problem, where you need clear numbers, reach out to my team and we’ll help you get sorted out! :)

Building a Strong Remote Team: Strategies for a Productive and Inclusive Work Culture

If you manage a remote team, you know how important it is to create a strong culture. Without face-to-face interaction, it can be easy for team...

About Us
Read More 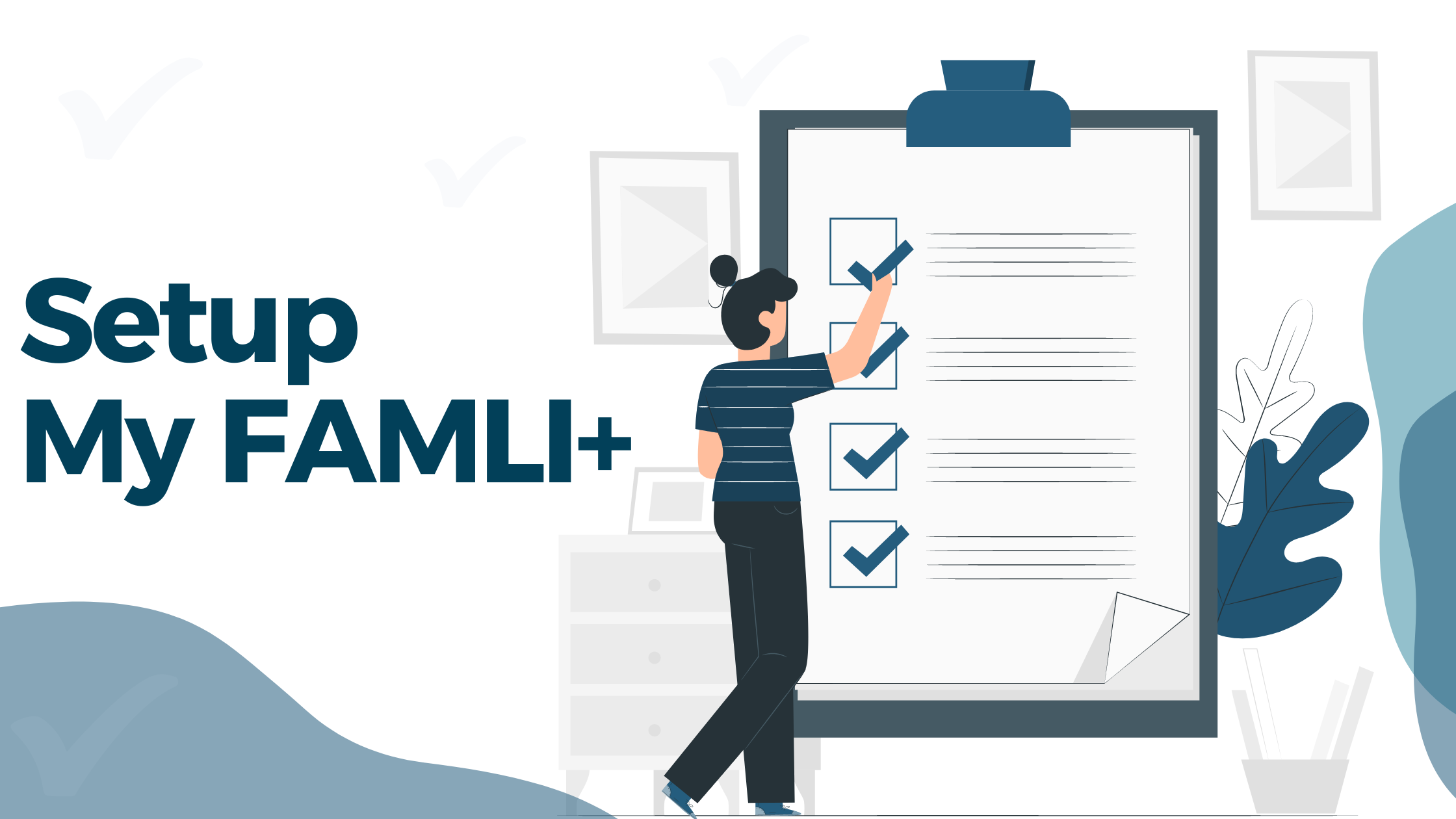 How to Register for a Colorado My FAMLI+ Employer Account

Welcome to our guide on setting up a Colorado My FAMLI+ account for employers. My FAMLI+ is a program created by the state of Colorado that...

Are you in search of guidance on mileage reimbursement and deductions within the United States? If so, this guide is for you! We have gathered...